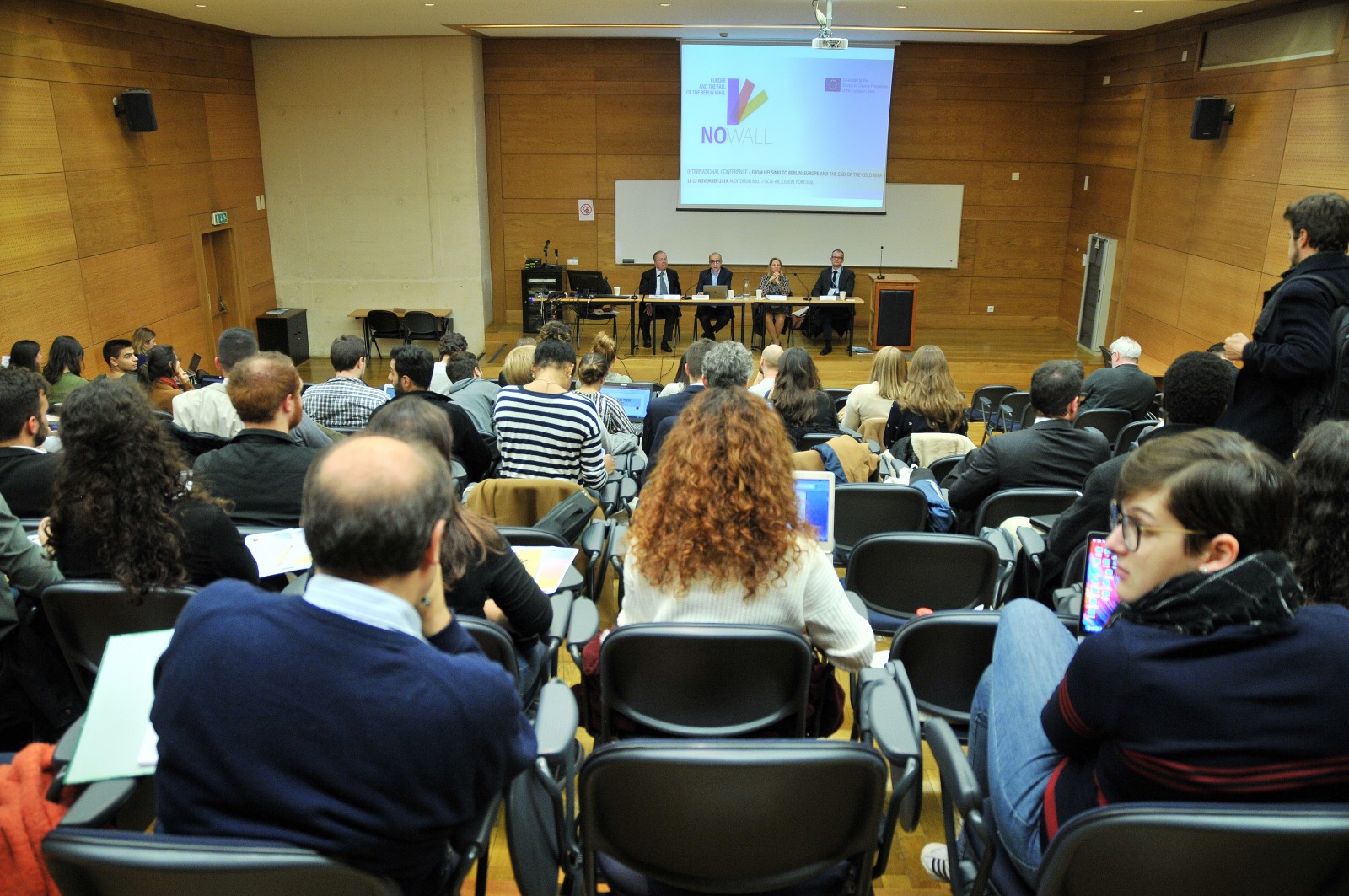 The first event of NoWALL project took place on the 11th and 12th November in Lisbon, at ISCTE-IUL. The conference “From Helsinki to Berlin: Europe and the End of the Cold War” gathered researchers, professors and students from at least 17 different countries to debate the last years of the Cold War. On the 30th anniversary of the fall of the Berlin Wall, this was an opportunity to remember and debate the role of European actors, namely the EEC, NGOs and networks of activists from both sides of the “Iron Curtain” in promoting fundamental human rights during and after the Helsinki Conference, and look at the national, European and international implications of the final years of the Cold War.

Session 1 | “Europe and the End of the Cold War I”, chaired by Prof. Ana Mónica Fonseca.

This session was focused on the end of the Cold War on national and european contexts and on the international economic order, with historians Prof. Antonio Varsori (University of Padua) and Prof Stefan Nygard (University of Helsinki), and Prof. Patricia Daehnahrdt, International Relations scholar (IPRI-Nova University).

On the second session, scholars and participants reflected about the links between national, European and international history on the last years of the Cold War. Prof. Alexandra Dias (IPRI-Nova University) and Dr. Bernd Rother (Willy Brandt Foundation) discussed the end of the war in Latin America and Africa.

Session 3 | Europe and the End of the Cold War II, chaired by Dr. Ricardo Alexandre

Dr. Svetlana Savranskaya (National Security Archive, USA), Prof. Volodymyr Dubovyk (Odesa National University) and researcher David Ferreira (CEI) debated the role of the superpowers during that period and their relations with European actors in both sides of the Iron Curtain.

Session 4 | Portugal and the end of the Cold War, chaired by Prof. Inês Marques Ribeiro

On the final panel, we looked at the transformations in Europe’s role as a global actor after 1989 and its future challenges with Prof. Ana Isabel Xavier (CEI), Prof. Carlos Gaspar (IPRI – NOVA) and Prof. Marco Wyss (Lancaster University)