WEBINAR | Europe, GDR and the Cold War: from the Euromissiles Crisis to the Reunification, 22 March 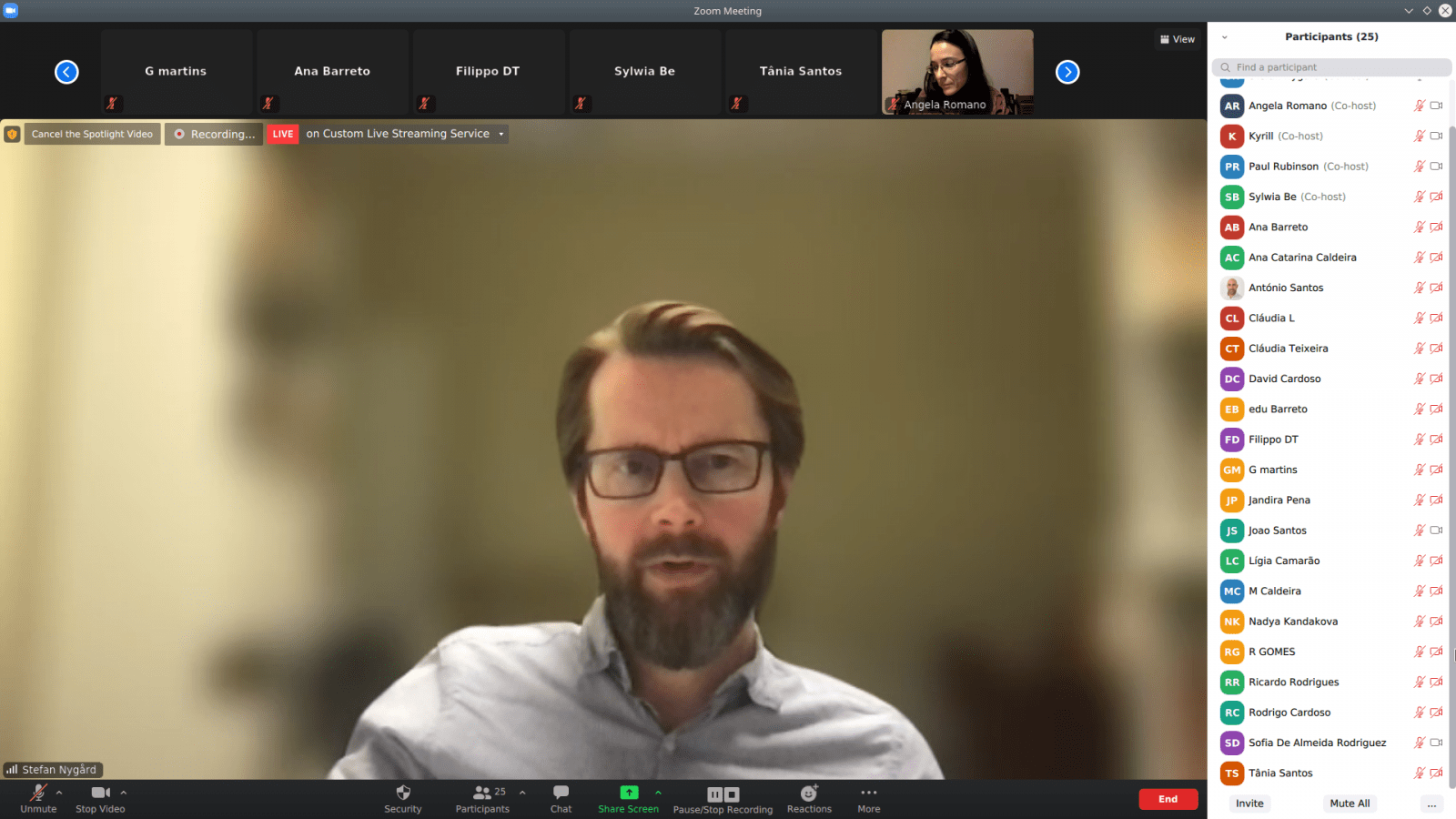 This webinar, entitled “Europe, GDR and the Cold War: from the Euromissiles crisis to the reunification” took place on March 22nd, 2021 and it was moderated by Stefan Nygård, from the University of Helsinki.

Professor Kyrill Kunakhovich, from the University of Virginia, was the first speaker with the presentation “The view of below: How Ordinary East Germans shaped the Cold War”. Kunakhovich talked about the influence and pressure of the population, giving a protest in October 1989, in Leipzig, as an exemple in which the population became the “actor”, not only in East Germany, but also in the entire world. In his presentation, the professor referred the three main domains of democratic German society: economic, cultural and political, emphasizing the population’s power. The economy in democratic Germany was different. Socialist consumption was intended to satisfy the needs of the whole and not the individual. However, new consumption needs appeared that are socially expressed; the population was looking for other consumer goods because they wanted to live better. In the case of culture, he mentioned American Rock and Roll and the media. Rock and Roll was seen as degenerate, but society’s pressure to gain access to this type of music forced the democratic German regime to yield. Kunakhovich referred to the growing political pluralism that took place in the 1980s as well as the creation of a monopoly political party and the legalization of some artists and musicians.

Paul Rubinson, from Bridgewater State University, was the second speaker of this webinar and he brought the theme “A Europe free of nuclear weapons: Transnational antinuclear Activism and the end of the Cold War”. Rubinson intended to make a “view of above” while his predecessor gave us a “view from below”. He pointed out that he would mainly address the 1980s when many countries had their own anti-nuclear movements, and activism was restricted to their own country. Various groups such as feminists, environmentalists, the Church in West Germany and even the Catholic Church, headed by Pope John Paul II, have joined the anti-nuclear movement. Another key group that joined this movement was the human rights group, with the importance given to Andrei Sakharov, already widely recognized for his human rights activism and who, when he won the Nobel Peace Prize in 1975, announced that this issue would become a priority in the context of international relations, so nuclear weapons would be seen as a violation of human rights.

The third speaker, Dr. Angela Romano, from the University of Glasgow, shared the theme “The GDR’s economic links and relations across the Iron Curtain (and the people behind them)”. Romano focused on the economic links between democratic Germany and Western Europe, as the Iron Curtain was seen as a barrier to the link between the two sites. She began her presentation explaining the situation in Europe and the missile crisis. With the Conference on European Security and Cooperation (CSCE) in the early 1970s, several states that belong to subgroups such as NATO, the Warsaw Pact, the European Commission, neutrals or non-aligned ones, among others, joined.

The researcher focused on the economic relationship between East Germany and Western Europe during the 1980s, stating that the former wanted access to western technology and credit in order to improve the living conditions of their citizens and perpetuate stability and legitimacy of the regime. The Soviet Union controlled East Germany’s relations with Western Europe and was its most important political and economic partner. West Germany, on the other hand, was the more prosperous of the two “Germanies” and therefore a “magnet” for the population on the other side of the wall.